About
About
Home › About › Meet Our Team › Board Members

There are twelve Board Members: four judicial and two legal members (two Judges, a Sheriff Principal, a Sheriff, an Advocate and a Solicitor) and six lay members including the Lay Chairing Member.

The Chairing Member receives a fee of £356 per day. The other lay members and the two legal members receive a fee of £296 per day. The four judicial members do not receive any fees for work undertaken. All Board Members are eligible to claim for expenses incurred on Board business, based on Scottish Government Travel and Subsistence rules.

The Judiciary and Courts (Scotland) Act 2008 allows for Board Members to be appointed for a period of no more than four years; appointments can be renewed up to a maximum of 8 years. 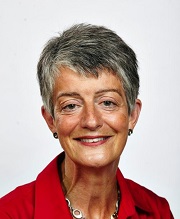 On 1 May 2017, Nicola was appointed as the Lay Chairing Member of the Board for four years. Her career as a chartered engineer began after she became the first women in Scotland to earn a Masters degree in Petroleum Engineering.  Nicola spent many years living abroad working for Shell in the international oil and gas industry. During her career Nicola has developed and implemented strategy, partnered with governments in Denmark and Norway and led business improvement programmes. Nicola also led teams running the UK’s iconic Brent field and Norway’s giant Ormen Lange development.

Currently Nicola is Chair of the Strategy Advisory Board at Heriot-Watt University’s Institute of Petroleum Engineering and a director of Arts and Business Scotland, Edinburgh Printmakers and the Scottish Oil Club. Throughout her career Nicola has consistently championed diversity through mentoring and challenging the status quo.

Nicola and her husband live in the Scottish Borders and have three grown-up children. 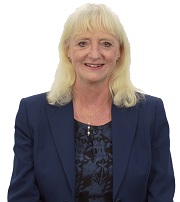 Alison Mitchell is a Non-executive Member of Lothian NHS Board and a Trustee of Edinburgh and Lothians Health Foundation. She is an experienced management consultant, specialising in change management, strategy planning and executive coaching. She is an Advisory, Conciliation and Arbitration Service (ACAS) arbitrator and a member of the ACAS Central Arbitration Panel.

Previously, Mrs Mitchell worked for many years at Board level in the field of Human Resources and has extensive UK and international experience across a range of sectors, including Oil and Gas, Technology and Public Sectors. She is a former Director, Human Resources of the Scottish Prison Service. She sits on the Audit and Risk Committee for the Judicial Appointments Commission for England and Wales as their independent member. Mrs Mitchell is a graduate of the University of Edinburgh and has a Postgraduate Diploma in Human Resource Management. She is a Chartered Fellow of the Chartered Institute of Personnel and Development (CFCIPD). Mrs Mitchell was appointed in August 2013 for four years and reappointed in August 2017 for a further four years. 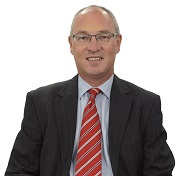 Stephen Tierney is Professor of Constitutional Theory in the School of Law, University of Edinburgh and Director of the Edinburgh Centre for Constitutional Law. At Edinburgh he has also served as Associate Dean for Learning and Teaching and as complaints appeals investigator. He is a graduate of the Universities of Glasgow, Edinburgh and Toronto and has held visiting professorial positions in New Jersey and Barcelona. 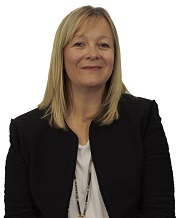 Deirdre Fulton has a commercial background. She is a partner in an aviation consultancy business which provides meaningful insight and analysis to clients across the globe. Typical assignments include air service development projects, strategic planning, due diligence, market research and insight.

Prior to setting up her own company in 2008, Deirdre worked at a senior level in the Scottish aviation industry and gained extensive experience of corporate strategy and operations as well as people and resource management. Deirdre is a graduate of Strathclyde University and has a Masters Degree in Business Administration. She is an active member of her local community, chairing the Parent Council of the local primary school, and volunteering with her local Samaritans branch. She also joined the Scottish International Education Trust as a trustee in 2018.

Ms Fulton was appointed in February 2015 for four years and later reappointed for a further four years.

Neelam Bakshi brings over 30 years of experience in the Public Sector, including wide ranging governance experience as non-executive Board Member of various bodies including the Scottish Ambulance Service (where she chairs the Staff Governance Committee) and Scottish Government Audit and Risk Committees (2010-2015).

She is a freelance trainer, coach and consultant specialising in equality and diversity, public sector equality duties, and personal development. She was appointed in 2015 as a Public Appointments Adviser, working with the Commissioner for Ethical Standards in Public Life in Scotland and has been a lay member of Employment Tribunals since 1992.

Neelam was a councillor and committee chair of the former Strathclyde Regional Council (1990-1996). During 2016/17 she concluded her roles as a member of the Equality and Human Rights Scotland Committee and the BBC Audience Council.

Ms Bakshi was appointed in February 2016 for four years. 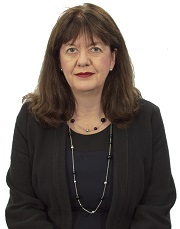 Lady Wise was appointed Judge of the Supreme Courts of Scotland in February 2013. She is a graduate of the University of Aberdeen and of McGill University, Montreal, Canada. She qualified as a Solicitor in 1989 and worked for Morton Fraser from 1989 to 1992, practising in general civil litigation.

She called to the Bar in 1993, working in civil litigation and specialising in family law. In 2005 she became a QC. She was a member of the Disciplinary Tribunal of the Faculty of Advocates from 2005 and between 2008 and 2013 sat part time as a Temporary Judge in the Court of Session.

She was Chair of the Advocates Family Law Association and of the Family Law Arbitration Group Scotland prior to her elevation to the bench. Since 1 January 2016 she has been a Judge of the Employment Appeal Tribunal.

Lady Wise was appointed to the board in May 2016 for four years. 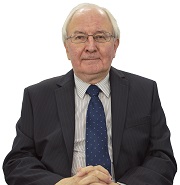 Lord Minginish (Roderick John MacLeod QC) is Chairman of the Scottish Land Court and President of the Lands Tribunal for Scotland. He was born and brought up in the Isle of Skye and obtained an honours law degree at the University of Edinburgh. He has practised both as a Solicitor and an Advocate. In October 2000 he was appointed an all-Scotland floating sheriff before becoming a resident Sheriff at Kirkcaldy in 2005.

He was seconded to the Scottish Land Court as Deputy Chair on a part-time basis in January 2006. From then until October 2014, when he was appointed to his present positions, he divided his time between the Land Court and sitting as a Sheriff at Edinburgh. He is a member of the Kirk Session of Greyfriars Kirk, Edinburgh, and a Convenor of Presbyterial Commissions for the Church of Scotland.

Always active in Gaelic and Highland affairs, at an earlier stage in his career he left the law to work in Gaelic broadcasting with BBC Scotland and, having returned to the law, continued as a part-time broadcaster for many years thereafter. He served for nine year as a member of the BBC’s Broadcasting Council for Scotland and for eight years as Chair of the Board of Sabhal Mòr Ostaig, the Gaelic College on Skye.

Lord Minginish was appointed in May 2015 and later reappointed until May 2022. 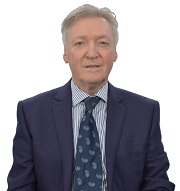 Michael O'Grady Q.C. was educated at the University of Glasgow, where he graduated with degrees in Law and Politics and Philosophy. He thereafter spent 10 years in Edinburgh practising as a Solicitor, specialising in Criminal Law. He called to the Bar in 1988, again concentrating on crime. He spent over four years as an Advocate Depute. On leaving the Crown Office and Procurator Fiscal Service, he returned to practice, but also sat as a part-time Sheriff and was standing Junior Counsel to the Foreign and Commonwealth Office.

He took silk in 1997. He was Chairman of the Advocates' criminal law group. He has been a Sheriff for 17 years and a Temporary Judge for 14 years. He was the first Sheriff to be appointed to the Glasgow drug court. He also sits as an Appeal Sheriff. For some years he was a Board Member of SACRO. His interests are travel, playing and collecting guitars and being in the Highlands.

Sheriff O’Grady was appointed to the Board in January 2017. 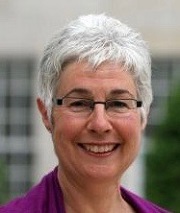 Elizabeth Burnley has a background in Occupational Psychology, HR and general management. Her career started within manufacturing industry, within railway and chemical engineering. After leading a company manufacturing industrial locomotives, she moved into consultancy in team development and assessment and selection methods, an area she then undertook for the Boots Company plc. After experience as a Non-executive Director within the NHS, Elizabeth now chairs fitness to practise hearings for the Nursing and Midwifery Council and sits as a Lay Member for hearings at the General Pharmaceutical Council.

As a volunteer, Elizabeth was Chief Guide for the UK for 5 years and continues as an active volunteer. 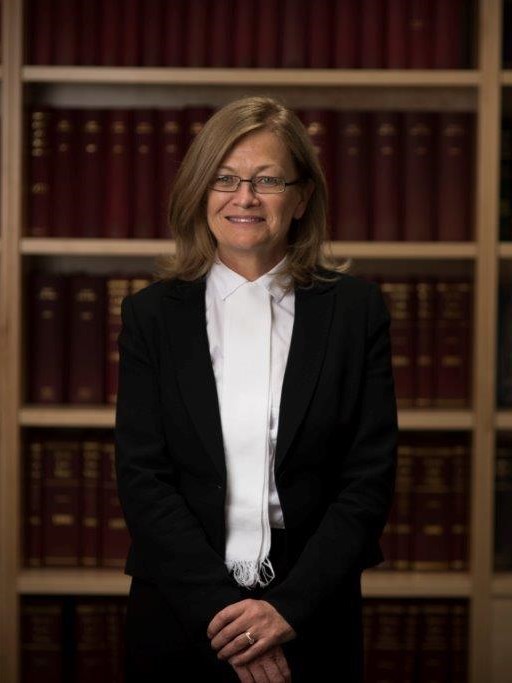 Sheriff Principal of Tayside, Central and Fife - based at Perth Sheriff Court

Marysia Lewis graduated with an LLB from the University of Strathclyde in 1979.

Outside the strict parameters of practice, Sheriff Principal Lewis tutored in civil procedure in the Diploma in Legal Practice at Aberdeen University and latterly served as a member of the Board of Governors of the Robert Gordon University.

After her appointment to Peterhead, Sheriff Principal Lewis moved to Aberdeen in June 2011 where latterly she was one of the designated civil sheriffs.

The duties of Sheriff Principal are of course numerous and a considerable amount of her time is taken up by the Sheriff Appeal Court.
Away from work, Sheriff Principal Lewis has many interests and activities including golf, skiing, and curling. She also speaks fluent French.

Sheriff Principal Lewis was appointed to the Board in 2019 for a period of four years. 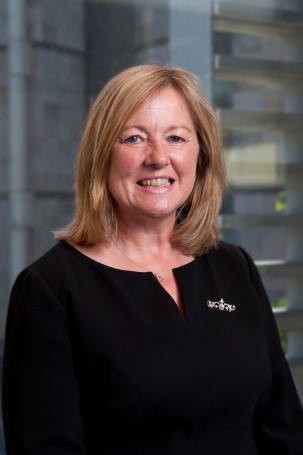 Previously Convenor of the Education and Training Committee she also served on the editorial board of the Society’s Journal magazine.  Until April 2014, she held the position of partner and UK head of Employment and Pensions at Dundas & Wilson CS LLP and sat on the firm’s Board.

Eilidh’s other professional interests include being a Trustee of National Museums of Scotland, Legal Assessor to the Church of Scotland and a visiting Lecturer on the European Business Law Masters at the University of Lund.  Eilidh is an enthusiastic golfer, a bookworm and very slow jogger.

Ms Wiseman was appointed to the Board in February 2019 for a term of four years.

Morag Ross QC is in practice as an advocate.  She is a graduate of the Universities of Oxford and Edinburgh.  She worked for three years as a solicitor, having qualified in 1999, and in 2003 she called to the Bar.  She became a QC in 2016.  She has a varied civil practice but her specialist interests are in administrative and public law, civil liberties and human rights.  She also has experience in commercial litigation, especially in those areas where there is an overlap between commercial law, public law and EU law.

Ms Ross contributes to training for devils within the Faculty of Advocates, in particular in judicial review.  She is also a member of the Faculty’s complaints committee.  Her other professional responsibilities include serving as a convener of the Judicial Commission of the General Assembly of the Church of Scotland.

From 2008 until 2016 she was a board member and trustee for Christian Aid, a large international development charity.

Ms Ross was appointed to the Board in February 2019 for a term of four years.